Learning something new is easy

Home/Uncategorized/Learning something new is easy
Previous Next

Learning something new is easy 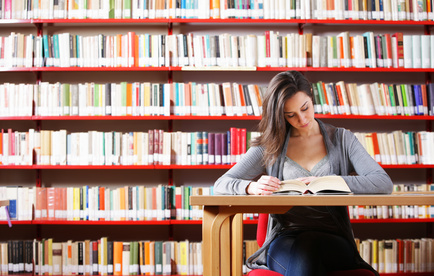 Last week I learnt a whole bunch of new stuff; I learnt how Class ‘D’ amplifiers work, how the end to end cycle of value added tax is a much longer and more complex chain than one might imagine, I learnt that nanoparticles do not behave in the same way as objects of a more comprehendible size.

I also learnt that a street near me (a very useful shortcut) is now no entry for through traffic.  But what did I ‘un-learn’? What facts and behaviors have I erased from my memory bank and are now totally out of mind?

It’s pretty easy learning new stuff, new facts and figures, new ways of working, especially if they make sense and offer some advantage.  But it seems to me that un-learning is way more difficult.  For example, the other morning when I drove to Brussels I simply forgot that my shortcut was no longer passable, and if I accept that what I learnt about nanoparticles is true then how do I get rid of the erroneous knowledge that’s been my reference on particle physics for so long?

In change management we know that changing behavior takes time and that repetitive learning, coupled with some kind of deterrence and reward system is essential. We also know that we need to understand that sustainable behavior change is linked to a whole bunch of emotional issues.

I can still remember my Physics tutor, tall and bearded, wearing his raggedy old Harris Tweed jacket with patches its sleeves, not for fashionable effect but to cover the holes his elbows had made after years of leaning on the lectern. He was an inspirational person who could answer any question we threw at him. I know it was over forty years ago, but still it’s hard to take on board that his wisdom is outdated, it spoils the image I have of him.

I remember too that after my brother was killed I had a re-occurring dream that he was not dead at all but had only been away on holiday and had come home again as if nothing had happened.  This dream re-occurred, on and off for decades.  It was as if my brain was trying to deal with the new data that the world order of my life was the same but less my brother.

There are many references to this non believing or ‘un-learning’ phenomenon in literature and in religious writings. We know that somehow that unless we can witness things with our own eyes that learning new truths is very difficult until we dispense of the old ones. So perhaps when I see nanoparticles, for myself, behaving the way explained in an electron microscope, then perhaps then the image of my physics professor explaining how things are to me will be indelibly replaced with the new reality of modern physics?

And perhaps it is because of this inability to ‘un-learn’ that we take so long as a species to adapt and move forward? Who knows?