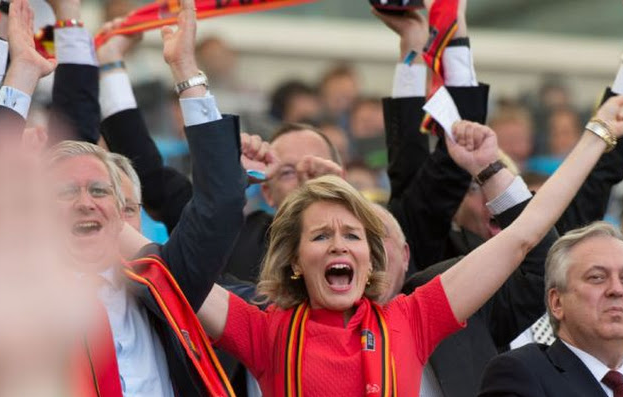 My wife doesn’t like football, it makes her nervous watching the players running the full length of the pitch, only to turn and run all the way back again. But even she has been swept up by her country’s wave of pride, patriotism and hope.

And she, like everyone else, knows that the chances are that sooner or later she will have to face disappointment and defeat in whatever forms it comes.  But that is for another day; that is for the pessimists and non-believers. That is for those whose team has already been given their ticket home! And yet when the time comes, the unifying energy that currently engulfs her and her fellow countrymen with joy and jubilation will comfort them like a blanket until the fever cools and things return to normal.  The world cup creeps up on even the hardest of hearts it seems.

Some children are raised being taught that it is wrong to get ones hopes up. Their parents believing that the pain of disappointment outweighs the joy of the adventure.   If this were true, we shouldn’t fall in love, or compete in any form at all. But we do. Us humans love it.

And if you are thinking that this is only about following the success of your own team, just take a look at the millions of people everywhere that love watching other countries play ‘the beautiful game’. Notice how they marvel and become inspired by unique moments of human brilliance, brought about by team work and years and years of preparation and training.

Some businesses manage to maintain a football like motivational spirit, year in, year out. They know their competitors and never forget the possibility of being outsmarted by them.  And so they remain open to bring about the changes necessary to keep them in the game.

My message this week is to take some time out to marvel at your competitors, do not put down their achievements but notice whatever it is that makes them better or different from you.  And then ask yourself; if your business was a football team playing in the world cup, could they be holding the trophy at the end of the competition? After all you’ve still got another four years to prepare for the next one.

Note: This blog was written at a time when England gave their poorest performance in the world cup since 1958. So statistically, assuming they even qualify next time around, they shouldn’t do worse should they? (You see I even have hope in defeat)!
This week’s photograph is of the Queen of Belgium temporarily putting aside normal royal etiquette while watching her team play. Sorry I do not know who the photographer was – but isn’t it great?