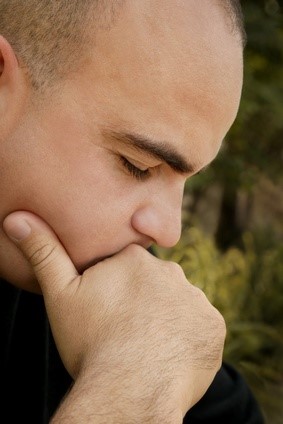 I was driving home last week, feeling pretty stressed. I have had some tough stuff to deal with recently. But then I flipped channels on the car’s radio to Belgium’s classical music channel ‘Klara’. It seemed that I had landed into the middle of a deep discussion between a philosopher, a writer and the presenter. And what I heard freed my mind – well at least for a while.

In this world of advertising and peer group pressures, the one place I thought I could really be me was in my head. But according to what I could understand, the guys on the radio were saying that I was foolish to believe my thoughts were mine own. I always believed they were and that they were one of the precious gifts of life. But the philosopher challenged his listeners to consider how much of our thoughts are actually our own? He said they came from outside us, from other people and influences and that in fact very little, if any, could we really call our own.

So I tried a little experiment on myself; analyzing some recent thoughts and very soon I came to the scary conclusion, that he probably was right. Well at least in part.

Sorry to be heavy this week but, when you think about it, very little of what makes us, us is uniquely us. Our bodies and combinations of experience yes, but when it comes down to our thoughts – well, we are very definitely opinionated, but where do these opinions come from?  As a young man growing up in Thatcher’s Britain, I was not her number one fan, in fact, far from it. But when I found her most radical policies being challenged by a Belgian colleague, I found myself coming to her rescue. Now how nuts is that?

Since my recent work with the Emerson HR group in Barcelona, another group have tried a similar exercise and have come up with some staggeringly creative and powerful results.  I am rapidly coming to the inner belief that we have so many great ideas and dormant creativity just lurking beneath the surface waiting to be set free and put to good use. Humans working together, can do great things, but most humans on their own, even if they are ‘creative’ are seldom exciting or revolutionary or even, dare I say interesting. Our thoughts are not entirely our own and we only form them into something new and wonderful when we allow them to be challenged by what we see, hear, touch, taste or feel. And even then?