Be scared of your own courage

Home/Uncategorized/Be scared of your own courage
Previous Next

Be scared of your own courage 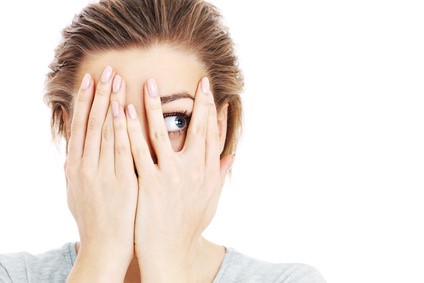 ‘When was the last time you were really afraid? I do not mean nervous, I mean terrified?’ ‘When was the last time you thought “Oh my God, this is it?” I am not trying to be over dramatic but these situations, luckily, don’t happen that often; especially for adults. So I have become fascinated by a German expression that I heard just last week ‘be scared of your own courage’.

There is a fine line between courage and stupidity. I assume that courage is when you do something scary for a real and tangible benefit and stupidity is to do something scary, just because it is?  Oliver Wendell Holmes, an American jurist, once said “Courage is about doing what you’re afraid to do. There can be no courage unless you’re scared. Have the courage to act instead of react.”

Before an interview or other important self-esteem exercise we try to ‘pluck up our courage’. But sometimes it is too easy to become over confident and that is something, according to the German expression, to be scared of. There is a very fine line between healthy self-belief and unfounded confidence.

For the past year or so, I have been planning an event that would last less than sixty minutes but a whole deal of importance was laid upon it. If my plan did not work I would:

I had thought about every second of the event, every possibility but on the day itself, the situation changed dramatically – the plans I had made, the way I had seen the event panning out it in my head was no longer valid and I was going to be even more on my own than I imagined.

In fact I needn’t have worried. The event flew by and, in the end, there was nothing to worry about. However, I believe it was purely because I did worry, because my self-esteem is so critical to me that my serious concern had actually helped me to carefully plan what I had to do.

While many women pray for a little more courage, there are hundreds of men out there with way too much.  I think it is important to remind ourselves that we are most likely to screw up when we become over confident, when that confidence is solely built on personality. That’s why we should (as the German expression says) ‘be scared of our own courage’, especially when it impacts others.

Now back to being scared: What did you bring back to mind; an impending motorbike or car incident; the loss of a child while on holiday, burglars in the house at night? And, what did you do, hide under the covers or show courage and face the situation?  I don’t believe nature gives us much of a choice, we either crawl up and hope it goes away, or we take matters into our own hands. Courage or stupidity, it’s often a fine line. .