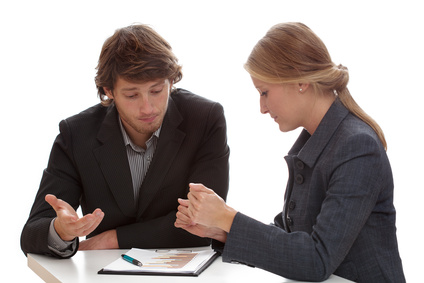 I heard a professor on the radio sharing her opinions as to why women are worse off than men when it comes to pay. According to the professor, it was not down to a blatant natural injustice but the fact that women do not like to negotiate in the way that most men do. To understand the subtlety of what she was saying I had to force my mind back many years to my 40th birthday party.

It was the early summer of 1997, I had organized a go-kart race and because there were so many of us we split into two groups, women and men. After the first round the men had crashed, bashed and pushed their way around the circuit, clocking up rather impressive lap times. However, the slowest of the men was still ahead of the fastest of the women. In the first round, the women had been gracefully letting each other pass, making way for the less slow ones coming through. They were dignified, united and comfortable in their collective approach, ensuring that everyone passed the finish line in safety and good spirits.

The difference between the men and women’s in lap times was so great; the organizers gave us all a pep talk. To the men they warned that if the aggressive behavior continued they would stop the race. To the women they said that unless they became much faster and more assertive, for safety reasons, they would not be able to race against the men in the final.  The coaches threats and motivational talks did very little to change behavior, and although the women were significantly faster the second time around, only one or two of them showed any signs of real competitiveness and of wanting to push their kart as fast as it could possibly go.

So what was happening here, I wondered. My findings coincided with those of the professor that said that for the majority, women do not compete in the same way as men do. That while most men are happy to negotiate terms and conditions, the majority of women dislike negotiation so much that they tend to accept what is offered to them. And human nature being what it is, it is unusual for anyone to offer more than they think they can get away with.

This situation seems to be universal in the western world and is a real problem because women are supposed to be ‘competing’ with ‘the men’.  But as I sit an reflect this theme in a hotel room in Luxemburg I have to ask myself, do I want to live in world where women, over time, learn to adjust their behavior to that of men or do I want men to become more like women, or indeed to keep things just the way they are? What a dilemma.

The professor on the radio suggested that women needed to go on negotiation courses to learn how to win a fairer deal and indeed, I can see no harm in that at all. However, perhaps men should also be encouraged to go on humility courses, where they could learn how to deliver results without having to be so competitive? Just an idea!