Home/Uncategorized/Who’s to blame here human or computer?
Previous Next 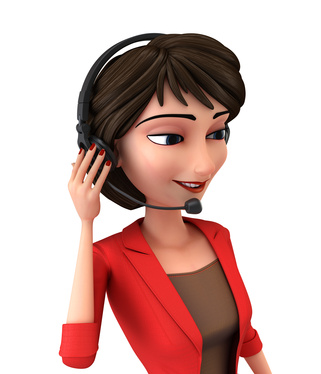 Last Tuesday I wanted to make an urgent international, ‘on-line’, bank payment but unfortunately after trying three times, each time having to re-enter the same data, the OTP security authorization code that the bank sends through via SMS did not arrive. I  mucked around for more than half an hour trying to process one payment and then finally gave up.

Next morning I tried again but OTP code still didn’t arrive, so I phoned a very polite man in support who told me that he could not understand why it didn’t work but he would process the payment manually for me.  After literally half an hour of him trying things out and then me laboriously telling him all the details of the transfer, he said the payment was ready to go, except for one thing “someone from our security department will phone you to make a cross check to be sure you are who you say you are.”

One hour past, and then two, and finally five – nothing, no call. But then, just as I had shut down my PC and locked the back door to leave home for Brussels and my book launch event, a lady called Sally phoned me asking if I could identify myself. I told her my name then she asked my wife’s name and asked the following question “Please can you tell me the available balance on your account” I asked what she exactly meant and she said it is the amount you have on your account plus the available overdraft facility allocated to the account.  I told her that this was a business account and the balance changes hourly but that I could tell her roughly the amount that was on the account that morning and the amount due to be transferred. But Sally wanted to know the exact number. I told her that what she was asking was almost impossible and that could she please ask me a different id question, if it was absolutely necessary. But Sally decided not to help me any further and put the phone down on me, without even a ‘sorry’ or ‘goodbye’.

I wouln’t have minded so much had Sally been a computer, at least I would have understood because you don’t expect a computer to be flexible.  Being mad with a computer is not the same as being mad with a human. But Sally was a human, I am sure of it.

Humans can think and reason, humans can understand the responses of their clients, humans also know that it was Sally that phoned me on my mobile phone and that I had identified myself already by answering it with my name.

If this is really the direction that our international banks are taking us in, I have to wonder if there is any hope at all?

As soon as you can, please banks, remove humans that only respond to what is on their screens and encourage them to think on their feet and do what humans are good at. And please, make your systems flexible so that people like Sally are able to support their customer, rather than make their life a whole lot worse!