Can you believe this?

Home/Uncategorized/Can you believe this?
Previous Next

Can you believe this? 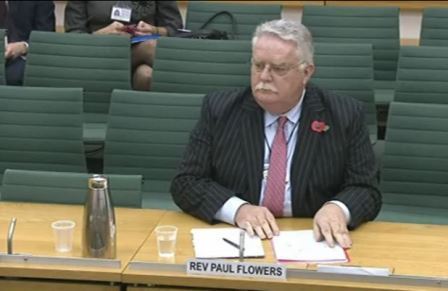 My regular readers will know that I am a great believer in giving people chances by encouraging those under my influence to dare to take on assignments that are a stretch for them. My theory is that, assuming they have the right personal skills and sufficient intellect for the task then their desire and enthusiasm (with the right supportive coaching, should be enough to deliver success). However, this can be taken too far and, if I can believe what I heard on the news yesterday, then I have to ask myself what is happening here?

The bottom line of my argument is that you must never let anyone fail. Setting people up for failure can never be an acceptable tactic and in this case I am not so sure that we can rule this out.

In the UK there is a bank called the CO-operative bank whose roots were born out of the cooperative movement that was founded in the mid 19th. century. After goodness knows how many years of trading the bank decided to acquire another banking organization, several times its size and when this got into trouble the board of trustees decided to bring in a new Chairman to sort it out. The trouble is that the person they brought in had never run a bank before, although he had worked in a bank for a few years, forty years earlier! His more recent background being that of a local political councilor and minister of a Methodist church.

Not surprisingly, things went from bad to worse with him having to make a hasty exit as he attempted to buy some branches of another troubled bank. And so it was that in June he resigned allegedly leaving the bank with an additional 700 million British pounds of debt and a financial hole of allegedly 1.5billion.

Not surprisingly, people wanted to know how all this happened, so he was brought before the Treasury select committee for an interview, during which he was asked what the assets of the Bank were on its balance sheet, he answered 3 Billion, when in fact the real answer was 47 billion. Now we can all make mistakes but something here is very wrong.

My message this week is ‘a stretch in one’s career’ is not the same as a suicidal leap. Surely it must be the responsibility of a company’s management team to make sure that it has sufficient mechanisms in place to ensure that no-one can seriously jeopardize the future of their institution by placing a wholly unqualified person to chair their business?

I am sure there will be an enquiry, especially as last night a film was shown on the TV news of the same ex Chairman trying to buy class ‘A’ drugs from his car. But what will we learn from the enquiry and how can we be sure that this kind of craziness is only a one off?

What a world we live in!