We all make mistakes

Home/Uncategorized/We all make mistakes
Previous Next

We all make mistakes 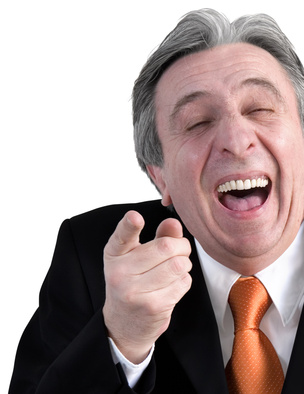 It is commonly understood that if you want a thriving environment where creativity abounds, then it is vital that you allow the people around you to make mistakes.  There is a famous story about King Edward the seventh. Once upon a time a foreign guest was dining at his table in the company of his courtiers and friends, the poor unfortunate guest mistakenly drank from a finger bowl, confusing it with a water glass.  To save his guest any possible embarrassment the King immediately picked up his finger bowl and drank from it.

The question arising from this story is; if you were the King how would you have reacted? And, what culture surrounds you? Is it one of supportive correction when someone makes a mistake or is it one of finger pointing and ridicule?  In many religions, the state of humility is an important requirement for its leaders and sometimes, only sometimes, I find it in business leaders too. The higher you go, the less you have to prove, the less you have to prove, the more space and time you have to listen and to help others.

So the next time you sit among newcomers in an event or group, be sure to welcome them, be attentive to their needs and concerns because if you want them to come back you will definitely need to make sure that innocent mistakes are rewarded with a subtle method of knowledge sharing, rather than laughter and humiliation.