Advice for a young person

Home/Uncategorized/Advice for a young person
Previous Next

Advice for a young person 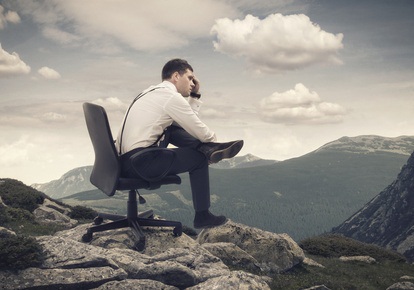 Perhaps you are like me in that you sometimes find yourself been asked to give advice to young people? In such cases I am reminded of the words of the Nobel prize winning psychologist Daniel Kahneman who I once heard say in a radio interview that when he gives advice, he bases it on the fact that statistically the happiest people are those that in their late teens set for themselves achievable goals.

When I reflected on Kahneman’s observation I had to find a way of sharing it in in the form of advice that does not come over as too trite or boring. I mean just coming out with “the secret to happiness is to set achievable goals for yourself” does not sound very inspiring, does it?

Kahneman uses the example that if money does not matter to someone at the age of 18, it will not matter to them at the age of 45 – so for this person, becoming rich will never be a life goal. However, for those that set making loads of money as a life goal can never feel really satisfied unless they actually achieve it. According to Kahneman, satisfaction, brought about by self-accomplishment, is the root of human happiness. So it is not surprising that statistically people in their fifties tend to be happier than young adults.

When I reflect on my own past and how, in my youth, I wanted to be a famous singer songwriter and the  pain I suffered from seeing my dream fade out of reach, I think that even if Kahneman himself had advised me on my eighteenth birthday, I would not have listened.

However, with the right support and coaching and a willingness to listen to an influential adviser, I do believe via thought placement and encouragement, sometimes other people’s suggested goals can be adopted, especially if there is a direct benefit for the receiver.

However, in my experience most of the time our young people need advice on how things can be achieved rather than what to achieve – after all, older adults have the missing piece to their puzzle: life experience.

So this week my advice on giving advice is not to give it at all until you first listen very closely to the person in question and then only to give it when you have reminded yourself that they are not you and that if they already have their life goals set, then any suggestion of a variance may well be taken onboard with a certain degree of resentment and later on, even with anger towards those they think blocked their originally desired path.

Another little tip is never to give advice when under the influence of alcohol! Although as adults it is often done (especially at dinner parties), it never ceases to amaze me how the influence of alcohol seems to turn us into professors with a wisdom going back centuries, and how it loosens up our inhibitions to share it!  “The trouble with the young people today is that….”  Or any other group or pet topic we want to pick on. 🙂

PS: Daniel Kahneman’s fascinating interview can be heard here (you can also download it to your smart phone to listen to whenever you like.