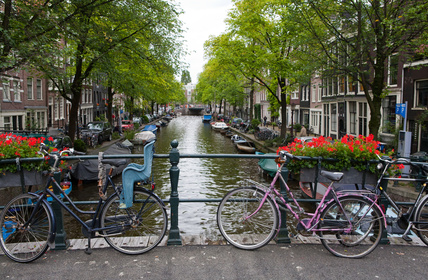 I love Amsterdam, I love its winding canals and narrow houses; it’s reflections of the past yet its forward thinking attitude. Now you might think that Amsterdam is mainly inhabited by Dutch people and you would probably be right but when I tell you that there are over two hundred and ten different nationalities living in that city then you will get an impression of what I think its magic ingredient might be?

Quaint rural villages are beautiful to look at and for some, to live in. But me, I like the multi-national complexity of iconic cities. I am convinced that just like multi-cultural businesses, multi-cultural cities allow for a kind of dynamic very rarely found anywhere else. I believe it is their very multi-culturalism that makes them great and not necessarily what brought them about in the first place.

New ideas can be challenged from every angle and new challenges can be tackled by diverse groups of problem solvers in a way that single culture companies cannot. This is especially true when the solution will need to be rolled out across the world – what’s good for one country and culture, is not necessarily good for another and how can one every know the difference?

I also like, London for the same reason, I might not want to live there when I retire but then I wouldn’t want to live in a business then either.

Right now my life is still about getting things done and thinking across borders is a good way to start. So Next year when I recruit some job students for a few projects that I will set up in the summer,  I don’t think that I will only recruit local Belgians but I will open up a couple of places for brilliant candidates from another part of the globe.

Harley is a dynamic 'we can do this' kind of person with a successful track record of working for a wide variety of companies in all kinds of sectors. From very small family run businesses right through to giant multi-nationals. Over the last thirty five years Harley has built a reputation for inspiring those around him to rout out and tackle the core problems facing their organizations. Armed with a wide range of pragmatic tools that he has developed over the years, Harley is able to help his clients bring about long-term, sustainable solutions, while having fun at the same time. Harley is a motivational 'people person' who is nonetheless tough on efficiency and delivery. Apart from being well known for his highly entertaining and motivational speeches, Harley is also a blogger and author of four books; 'The Change Manager's Handbook', 'Transition', 'Inspirational Leadership’ and ‘Making a Difference’. [youtube https://www.youtube.com/watch?v=WvaATmb9_zg&w=400&h=225] Read my quotes