“Your mission is to shut the place down…”

“Your mission is to shut the place down…” 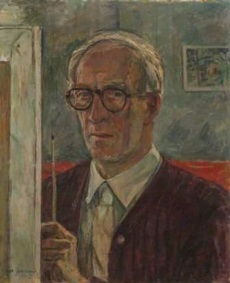 This weekend I had a very interesting conversation with a woman at a remembrance party for a dear departed friend of mine. She had been a fellow student of his in an art school in London way back in 1953. She told me a story about a very unusual form of leadership that I thought you might be interested in?

In 1952 a man called Clive Gardiner took over the running of Goldsmiths college in London.  He had been asked to shut the place down.  The strange thing is that he seems to have done completely the opposite by doing everything in his power to keep it going.  He must have been a man with enormous energy because, apart from being a painter in his own right and managing the affairs of college, he also personally conducted all the interviews for the incoming students. The lady I met at the party was just one of 300 hundred students interviewed for her year alone and Clive Gardiner selected her into a class of only 8 students!  From this tiny class size I think we can gather that Clive Gardiner was not putting revenue generation high on his list of priorities?!

However, under his leadership Goldsmiths became one of London’s most vibrant and forward thinking colleges. Apparently his strategy was to source lecturers and students from different sides of the spectrum. According to him “If you recruit people who are opposites then things will be become interesting”.  Every student was allocated more than one tutor per subject; each of them taking a radically different view from the other. It must have been incredibly tough for the students being forced to find their own path forward and to decide for themselves whose truth they would believe, or even to throw away everything they were being taught and to formulate their own ideas and truths, while still keeping the respect and support of the academic staff?

Today I often find myself worrying about some modern universities where apparently professors award the highest marks to those students who support their theories and repeat the words they utter in their lectures. That is fine in school but surely the main purpose of University is to engage students on a learning process that will end in them finding their own way through the labyrinth of their chosen subject?

I find Clive Gardiner’s approach very interesting but I think it must have been very tough for the lecturers and indeed the students; but what richness of thought and debate there must have been between those hallowed walls?

Today Goldsmiths is an internationally renowned college; part of the University of London. I guess in 1952 it must have been a challenging hotbed of creativity and discovery and also the subject of great annoyance to those who gave Clive Gardiner his job? What I would give to travel back in time and to be a fly on the wall of that South

East London college in the unusually cold autumn of 1952. I would also be interested to see my departed friend as a young student in earnest discussion with his class mates, but then again I suppose I can see exactly the same thing on any campus anywhere around the world today?