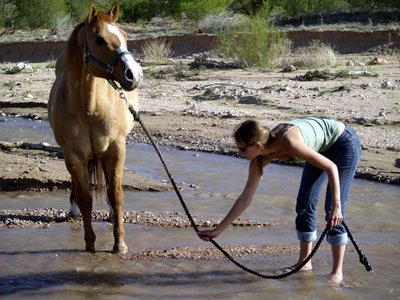 One of the most frustrating elements of leadership is that no matter how good you are or how hard you try, you will never convince everyone to follow you.  Some will remain neutral; others will become rivals and leave, while others will become enemies and remain.

A lot of my readers felt sorry for poor nurse Johnson last week, she had worked twenty years at the hospital only to be bumped off the nice post of Ward Sister by a much younger rival from another hospital. Let’s look at the same story from the leader’s point of view, as suggested by Markus?

The Director of Nursing wasn’t new in the hospital she had been struggling with under equipped wards with a high level of absenteeism for over five years. The promise of more resources she was given when she originally took the job on had never come. Her previous post of Ward sister was in a much more modern city hospital where the wealthier patients were used to getting what they wanted and complained bitterly when they didn’t. But here in the heart of a small county town in the middle of nowhere, there was an air of always being the poor cousin of the healthcare family.

It was difficult for her to attract new recruits, the hospitals brown and cream interior with its peeling paint and old floor tiles were something of the past, a bygone era that should have ended long ago. It seemed that no matter how inspirational she was towards her team, new recruits couldn’t see it in the interview and, even worse, they didn’t really want the additional cost of travelling a great distance each day to work. So when she found candidates with experience and energy, who shared her vision of ‘excellence via advancement and learning’, she took them, even if she knew they might cause some upset in the team to begin with.

‘The way I see it is,’ the director of nursing said. ‘There’s no football team in the country that makes a player the captain just becausethey have been playing in the team the longest’. Football captains and ward sisters need special talents way beyond their normal skills.

They need leadership; they need to inspire their team to go the extra mile of effort in times of difficulty. They need to be equipped with all the latest tricks and tips to help their team perform on a consistently high level. In short, they need to be role models. Nurse Johnson is a very good nurse, in her own way. But she always does the minimum. She never does overtime, no matter how busy it is. She never attends vocational training unless she has to and even when she does, she always goes back to her old ways whenever she gets the chance. After all the years of working for us, none of the team consult her for advice because when they do she says ‘It’s no good asking me dearie, you are the one with all the fancy diplomas’ and gets back on with her work!  I was warned about nurse Johnson when I took the post but I believed I could win her around and turn her into a leader and an inspirer of others. I tried and tried but nurse Johnson only wanted to do what she had to do and nothing more. The saddest thing for her is that she even wanted the title of ward sister. If you ask me, I don’t believe she did deep down, I think that her not getting the job was just another topic for her to complain about.’