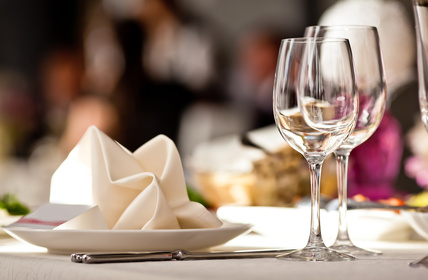 These are the three things that I think I would miss the most if I was cast into solitary confinement. A close fourth and fifth would be music and stories. Music can shift my moods like no other medium; it can lift me up and make me feel whole again. But Stories are the thing that keep my brain nourished and active; stories from friends, stories from my past, stories from books, plays, poetry and songs.

This week I have been preparing for a two day workshop on executive communication and the one theme that keeps coming back is the importance of storytelling. A good story creates a powerful image and educates the listener while delivering its message in an entertaining way.

Some people associate the word ‘entertaining’ with something light or unimportant but entertaining means engaging, it requires holding someone’s attention, and as long as you can do that then you have created the perfect channel to deliver the message you want to share.

In the ‘Engaging with Corporate Executives’  workshop the participants will, among other things, have to speak for three minutes about a song that has made a powerful impact on them; so powerful that of all the songs they can think of, it is the one that would most want other people to cherish when they are gone.

Because the tutors in this workshop will also have to talk about their song for the next generation I have been considering why I chose Bob Dylan’s ‘Tangled up in blue’.  And the answer is clear; because it’s a story, or rather a number of short stories, each verse is set in a different place a different situation. In less than six minutes Dylan captures an enormous span of time. It starts with him reflecting on the past and ends on the very last line with him moving forward again.

Through a series of flashbacks he drifts from one town to another, from one experience, lover and group of friends to another. And, if I am honest with myself, I kind of hold this song as the alternative me; an artist a poet drifting through life witnessing exceptional events and engaging with extraordinary people.

In my teens ‘Tangled up in blue’ spoke to the dreamer side of me and later to the fantasy side of me, the one that didn’t have family obligations or a twenty five year mortgage. And yet as I get older I realize that I too have gathered my own collections of stories. And that’s why I would choose it; to remind others that stories are the basis of life; letting them happen in the first place and then replaying them until eventually releasing them to make way for new ones.

In solitary confinement, with no books or music, I think my own stories would eventually bore me because I seem to always be in search of new ones: exploring roads that I have never been down. For me, life is about meeting new people, addressing new challenges, lying in the sunshine with a gentle breeze upon my face, temporarily reminiscing on things gone by.  And yes in solitary confinement I would miss the company of women, fine wine and delicious food – who wouldn’t?

Question: What song would you want to hand over to the next generation and why?

Have a good week