What will we do now?

Home/Uncategorized/What will we do now?
Previous Next

What will we do now? 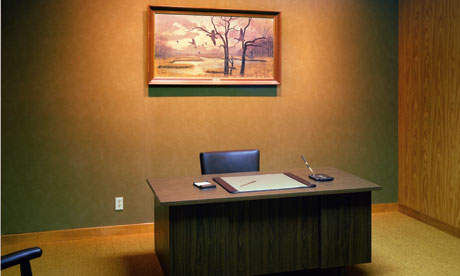 Imagine this: You’ve spent the last three years working your heart out on a really challenging project. You’ve given up nearly everything for its success. Your work life balance has been out by a mile and there’s no way of ever getting it back to where it was again. And just then, your leader quits. You and the team are left wondering what on earth you’re going to do next.

For the first few days you’re shocked. You find yourself arguing with your colleagues. Then there’s talk of finding a new leader or even if the old one is coming back. But then on the tenth day, just when you least expect it, everything becomes clear. The path forward is obvious;  the energy and importance of your mission is stronger now than it has ever been. Only days ago, the leader was the most important element now it’s no longer him but what he stood for that matters.

This is the situation that millions upon millions of people of varying religions have been contemplating these last few days of what the Christians call ‘Pentecost’. For most of us in Europe it’s just another bank holiday in a month that seems to be full of them. But what I find interesting is that still in this crazy modern world of ours parallels can be drawn from this ancient story.

When massive change hits, the first we feel is anger and disappointment. We can only see it from our perspective. After that we tend to become downhearted and depressed: “what’s the point in carrying on?”  And yet, after ten days or so, most of us begin to pull out of it; things become clearer and new ideas are born. From the vacuum of uncertainty comes new energy and with it creative plans and strategies.  This is why we all need breaks once in a while, sometimes forced upon us, sometimes in the form of a retreat or holiday.

New ideas cannot enter into a head that’s already full. Like the Pentecostal believers, you need to dump some baggage and misconceptions before creativity can begin. The only thing for me is, I do not know where the new ideas come from, I find it too easy to say it comes from a higher being, but that’s question of personal belief and understanding. All I know for sure is that rest, relaxation and some time on one’s own is important for us all. No matter how cleaver and important we might think we are.

This week, Manchester United lost their coach. Sir Alex served them well for over twenty six years. They knew he would be leaving for a little while and logic would tell you that it could not go on forever. But even so, when the players and colleagues he left behind return for training, everything is going to be very different. Sure a new boss will take over but it will never be the same again and that will take some getting used to and some major adjustment. Luckily in football the objective is clear, win as many trophies as you can and the way to do it easy: win, or at least draw, every match you play!