Home/Uncategorized/Equal Pay for Women!
Previous Next 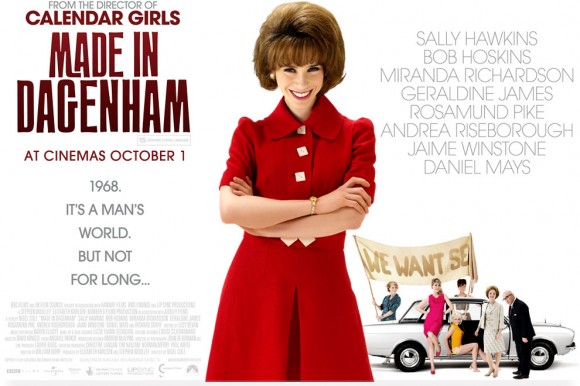 If I was to ask you, how long do you think it would take to implement a simple law that gave men and women the right to earn the same pay for the same work what would you answer?  Ten months, five years, six decades? This afternoon I thought I had jumped back forty three years to 1970, when my PR company told me that this Wednesday is ‘Equal pay day’ here in Belgium. “Equal pay for whom?” I asked, “For Women” was the reply! I was still at secondary school when the equal pay act was finally introduced in the UK (thanks to the Ford Dagenham women having successfully taken on the establishment with almost no support from their male counterparts).

Now I am not about to launch into a political tirade or state the obvious but it never ceases to amaze me how long it takes to bring about a real change of mindset. Because with all the necessary laws in place right across Europe, that is all it can be?

Imagine this: Your son and your daughter go off to university. They both get first class degrees in mathematics, how would you feel if you found out that your daughter would earn less than your son? Would it bother you? Would it bother your daughter? This might seem an inane question but it obviously doesn’t bother most people in Europe otherwise we wouldn’t have an equal pay day once a year. The problem would either have been solved long ago or we would be having riots on the streets.

Us adults get used to things not being fair. We accept things the way they are until we are pushed and driven into complaining. But for how long?  I have seen statistics flying around and I have heard lots of theories and explanations. But to me, gender, race and colour should never have an impact on wage levels. But they do and what are we business leaders doing about it in the areas over which we have jurisdiction? Probably not much if we consider dealing with the economic crisis more important. Because once we have sorted out the recession, then we will have enough money to pay the poor and give more to women. Now where and when have I heard that before?

Have a good week.