Where have all the SMS’s gone?

Home/Uncategorized/Where have all the SMS’s gone?
Previous Next

Where have all the SMS’s gone? 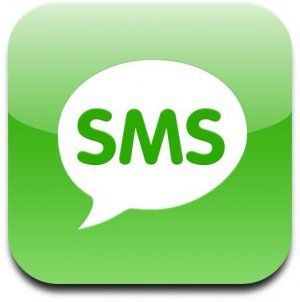 Last night was so peaceful and quiet, just my wife and me and our two cats sitting in front of the fire that the New Year slipped in almost unnoticed. Time was when New Years Eve was a constant run-in of SMS’s with our mobile phones beeping in reminders of a world outside our window. The SMS traffic nightmare for our telco suppliers has passed it seems; Facebook, Twitter and apathy haven taken their place.

I thought this morning I would pass on the best of the best wishes I received but to be honest I didn’t have a lot to choose from!  But these two from Michel Vanderlinden set the scene nicely:

“Yesterday is history, tomorrow is a mystery. And today?”

“Today is a gift. That’s why we call it the present.” – Babatunde Olatunji

“One ship drives east and another drives west
With the selfsame winds that blow.
‘Tis the set of the sails and not the gales
which tells us the way to go.
Like the winds of the seas are the ways of fate,
As we voyage along through life:
‘Tis the set of a soul that decides its goal,
And not the calm, or the strife.” – Ella Wheeler Wilcox

Right now I am gearing myself up for 2013, it’s going to be a challenging year with many businesses running out of credit. That’s the scariest thing about a long recession – companies cut back and back until there is almost nothing left and just when they think they have hit bottom a big new deal comes in, so big that they have too little credit left to service it. Many companies go to the wall when pulling out of a dip, especially as there are often healthier competitors hovering above, simply waiting to move in and pick up the pieces.  It’s a pattern we find everywhere in nature, so it should not surprise us.

All this being said, I feel confident about 2013: If the US can steer their economy in a pragmatic way and China likewise, then there is room for optimism for everyone. If not, 2013 will be the beginning of a completely new and uncharted era, unwelcome but yet exciting in its own way.