I don’t believe in change agents

I don’t believe in change agents 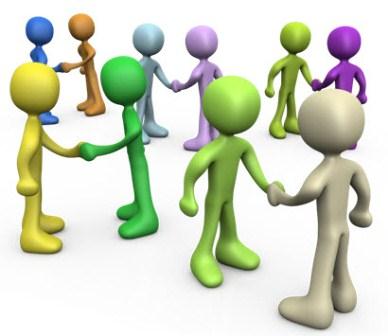 During a break in my Change Management class at the Vlerick Business School, one of my students asked me for my opinion on change agents.  He said “with all respect Mr. Lovegrove, I don’t believe in them”. I had just been explaining how important they were and I knew he wasn’t stupid so I asked for some extra background information.This is what he told me:

“My company recently went through a major business process re-design project. Because the planned changes were rather complex and some resistance was expected the company decided to bring in a professional change management consulting firm to help us. One of the first things they did was to recruit a team of ‘change agents’. They did this by selecting people at all levels of the business and put them on our project organization chart in a box labeled ‘change agents’. It became their official title and the list was circulated to everyone impacted by the changes.  In addition they gave the Change Agents a full days training explaining exactly what they had to do. In the end, they turned out to be almost useless, they didn’t change anything. Here we are today, a few months after go-live and people are still creating chaos by trying to work in the old way.”

When I heard this I almost burst out laughing, but I decided to remain polite, I mean how was he to know any better? He’s not a professional change manager.

I replied: “A ‘change agent’ is not a title; it is not even a function. A Change Agent cannot be put in an organization chart. A change agent is anyone who sometime after hearing about a proposed change decides for themself that the change is a good idea. And when they think it is a good idea they actively support bringing it about. Change agents know no rank, they can be cleaners or CEO’s, mechanics or surgeons, they can be anyone that helps bring about a desired change in one way or another. Sometimes they can appear in the most unlikely forms.

I once had a row with my wife, she was upset, I was upset. We were in a kind of gridlock. After a couple of days she ended up talking about her predicament, and no doubt about what an idiot her husband was (and to be honest he was!) to a colleague at work. Her colleague, listened and then spoke to her, reminding her that what I had been proposing sounded very much like an idea she herself had told her only a little while earlier. Completely unknown to me something her colleague said helped my wife see another point of view, my point of view, or something close to it. She then helped my wife find a way to take the first painful step on the path of transition from ‘resistor’ to ‘believer’. Her colleague was what I call a natural ‘change agent’.

Change agents are an essential ingredient in all change initiatives. However, professional change managers know that they cannot be recruited from a random list of names.  It is only by talking to people in an honest and respectful way; explaining why a proposed change is necessary, that you can ever hope to inspire others to support an idea rather than to resist it.  By doing so they will, in their own time, begin to try and persuade others to support the idea too. This is what I call ‘change agents’.

In my experience, I find my biggest believers nearly always start out as my biggest ‘resistors’. Resistance is normal. In fact I don’t like to use the term ‘resistor’ in a negative way at all because it creates a kind of war like connotation. For me resistance is logical. A resistor is only someone that does not yet understand why a change is necessary and fears the consequences it might bring. In short resistors are perfectly normal people that do not yet share your point of view.

Politicians like to use lobbyists to get their own way. But mostly, in the work place, when there is often nothing to bargain for, we can detect a phony lobbyists a mile off.

So my suggestion is; the next time you find yourself surrounded by resistors, remember to talk to them about the ‘why’ of change and never the ‘what’ or the ‘how’. Only once they fully understand the ‘why should you encourage them to help you work out how to make the change happen. The reason being that if they work it out for themselves then the solution will be their idea and not yours. And ‘their’ idea will stand a much better chance of survival in the long term than any of yours!