Where does that anger come from? I blame it on Neutrinos!

Home/Uncategorized/Where does that anger come from? I blame it on Neutrinos!
Previous Next

Where does that anger come from? I blame it on Neutrinos!

I can feel it in the air. There’s a tension that’s been building, sometime soon someone’s going to snap.  If it’s not going to be me then it’s probably going to be you?

I don’t know if you agree but sometimes it seems like that there is anger ‘in the air’, that like the drop in air pressure before a storm, we can sense that something dark is brewing?

Back in 1930 a scientist called Wolfgang Pauli  observed that during the process of atomic decay that some of the energy went missing.  And although he knew that this was impossible, he put it down to the existence of particles breaking away that were so small that they could not be detected.  Like all great moments in physics the story is so wonderful that it deserves much more attention than is right for me to give here. But basically he came up with the theory that there were tiny particles everywhere that were so small they could literally pass through anything.  At this moment there are literally millions of them passing through each and everyone of us.

And this discovery reminded me of anger.  The theory could be that because the pressure of anger we build up each day, due to the frustrations that we encounter around us, is more than that we release, we should in theory burst!  So perhaps our anger, like Neutrinos is released into the air, undetectable but present? If this is true, we should build Neutrino (anger) free places, where we can go to calm down and relax and safely release some of that tension by breathing in some calming Neutrino free air!

At the moment, this is supposed to take place around the coffee machine, but in the company where I am currently working, each coffee area has a large plasma screen TV showing 24 hour world news, mostly depicting images of natural disasters, criminality and acts of injustice – no wonder everyone is so tense!  But I wonder what channel I could switch the TV over to, to receive the desired calming effect.  After all, I thought TV was supposed to be about relaxation – how wrong I must be? 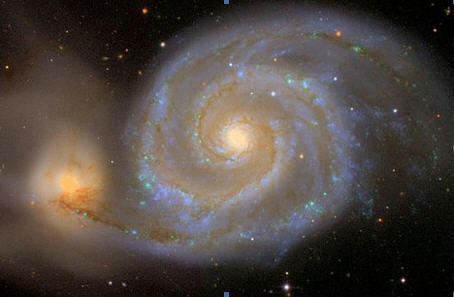