Harley’s third book, Transition, will be released on the 11th of December 2013.“Transition is a business story that touches your heart and mind. The author puts you in the first row, witnessing a company attempting to leap into the 21st century.” Katrin Derboven

“No theoretical nor pure consultancy talk, but ‘real life’ and lived through lessons from a real business professional. A must read!” George Anthoon, Executive Director Human Resources, Axa Bank & Insurance. 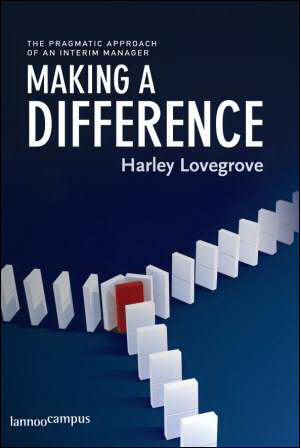 Harley’s first book, ‘Making a Difference’ was published in 2007. It includes his nine-step approach to solving complex business problems. Click here to view some extracts of  the book.